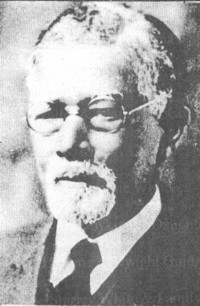 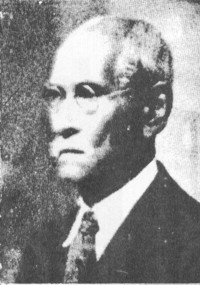 
After the 1901 oil boom, the city of Beaumont, Texas developed a broad based economy, ensuring prosperity which attracted Negro families to the area south of Washington Boulevard and west of Avenue B across the railroad track. There was a small four-room house with four teachers which served as the only educational facility for this area. Students who completed the elementary grade had to attend schools in other sections of town to complete their education. However, inconvenience such as wagon transportation, inclement weather and illness caused poor attendance and many students became dropouts.

The educational plight of their children and others aroused the concern of a group who were taxpaying homeowners and landowners. They realized the need for a school and sought to do something about it. Two ex-slave brother brothers namely, Usan Hebert and Ozan Blanchette owned a seventy-five-acre tract of land in the section known as Potts Addition and later Pear Orchard. They donated two acres of land to South Park District for a school. This two acre tract bordered Usan Street on the east, Garden Street on the west, Lela Street on the north and Sarah Street on the south. The school district furnished the building material which was hauled to the corner of Usan and Sarah Streets by Vince Bailey. A two-room frame structure with a front and back porch was soon built by these men and others of the community. South Park Colored School was the name given to this completed structure. John P. Odom, first principal of this school, together with a liaison group sought to give the school another name. The School Board accepted the last name of one of the land donors chosen by the group, namely Hebert School.

In 1922, a two-story redbrick building was constructed at the Lela Street Site. The following year, the school was accredited as a high school. Also, a three room stucco vocational building was constructed. Five students in 1924 became the graduates of Hebert High School. They were Jacob Blanchette, Juanita Council, Willie Council, Eusan Hebert and Juanita Myrick.

After the death of John P. Odom in 1928, U.S. Blanks, the manual training teacher, became principal. A four-room stucco building was constructed in 1931 to take care of the increased enrollment, and a class room library was set up. The Principal was dismissed in 1936 and R. L. McCowan succeeded him.


Extensive additions and renovations were made during the latter part of the 30's and early 40's. Four rooms were added behind the vocational building and a small athletic field house was built. The auditorium was partitioned into four classrooms and a study hall. A science lab was provided with experiment equipments and materials. A gymnasium was built in 1941 and served as the auditorium when chairs were placed on the basketball court. Baccalaureate Exercises were no longer held in the community churches. The new gymnasium was used for all programs. During the 1941-42 school year, the school became a four year accredited high school. The first 12th grade graduating class of 1942 became the first class with Commencement Exercises held in the new gymnasium-auditorium.

Because of World War II, many local industries such as oil refining, manufacturer of war material, and shipbuilders increased their labor forces to meet wartime needs. Workers seeking higher wages continued the growth of the community. The school campus was expanded with the purchase of one acre of land from Clarence Blanchette. This property bordered Garden Street on the east, Ozan Street on the west, directly behind the existing campus which caused the closing of one block of Garden Street north and south. A complete football field, baseball diamond, tennis court were put into motion for more competitive athletic sports. Some bleachers for seating were erected on Lela and Sarah Streets sides of the property.


After the resignation of Principal R. L. McCowan in 1946, A. L. Price, who was principal of an elementary school in the Beaumont School District, was hired as principal. More effective courses were added to the curriculum. Likewise, more specialized teachers and coaches were hired to meet the increasing demands. A school bus was provided to transport students from the West Oakland and Hollywood areas. In 1948, eight classrooms and a library were added to the redbrick building. The Principal's office was moved and a health infirmary for the school nurse was provided near the secretary's office. Once again, the enrollment exceeded the capacity of the building. In 1952, elementary students attended classes in one-half day sessions. After a careful check of the census roll with the future projection, Principal Price appealed to Superintendent J. J. Vincent and the board to build a new high school. Property on the Fannett Road was purchased, plans were drawn, and a million-dollar bond issue was floated. The school was built and dedication ceremonies were held in February 1954. Mr. Price passed away in 1959, and is remembered for the many achievements the school made during his tenure. James F. Jackson, head football coach, became principal.

The school continued its tremendous growth and achievements with excellence in education and athletics championship. The campus expanded when Odom Middle School moved to a new location in 1968. When the school board deemed it necessary to shift elementary and secondary principals, Joe E. Bryant became principal and remained until Hebert merged with Forest Park High School in 1982. After sixty years of existence, the rich heritage and noble productivity of Hebert High will always be remembered and exemplified by its alumni.